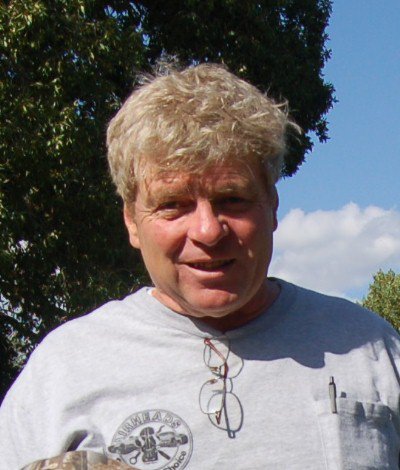 Experience and prior work

An early commercial success for IBM was the development of holographic scanner fabrication methods in 1979, followed by many years of development in Holographic elements, devices and systems and sales of Holographic Optical Element (HOE) fabrication technology to IBM, Pilkington (UK), Holosonics, Seimens, Raven Holographics in England, Portson Inc of Kansas., APA Optics of MN, Northrop corp of CA., Metrologic Instruments of NJ, Process Instruments of SLC, Bell Resources in Australia and Terabeam of Seattle.

Work for NASA beginning in 1990 to make 400 mm diameter LIDAR scanners for use @ 1064, 532 and 355 nm has been completed and 1 meter contracts have begun. The Lidar scanners have led to the development of novel designs and design software to compensate for arbitrary wavelength shifts between the construction wavelengths and the end use wavelengths of generalized HOEs or diffractive Optical Elements (DOE)s. Many spectrographic optical designs, head mounted display designs and some holographic memory designs have been made and brass-boarded. Some have become commercial products.

Mr. Rallison has served as a consultant in Diffractive Optics for dozens of companies and has given numerous lectures on holography at the University of Utah, USU and Lake forest College as well as occasional invitations to give paid tutorials in industry.

Other work includes the design and fabrication of novel HUD optics for the Air Force on an SBIR grant and an investigation of new holographic recording polymers for the Army NVL on an SBIR contracts. Contracts have been successfully completed for the army at Aberdeen where 5 HMDs were designed fabricated and delivered. Work for VIO in Seattle involved design and fabrication of Stereo Color HMDs or their components. 10 years of work on NASA contracts to make 400 mm diameter LIDAR scanners for use @ 1064, 532 and 355 nm has been completed and 1 meter contracts have been attempted. The Lidar scanners have led to the development of novel designs and design software to compensate for arbitrary wavelength shifts between the construction wavelengths and the end use wavelengths of generalized HOEs or diffractive Optical Elements (DOE)s such as telecom receivers for free space interconnects developed for another Seattle company named Terabeam, co-founded by RD Rallison.

He has fabricated multi lens arrays, gratings, HUDs, notch filters, Fourier filters, scanners, co-phasal multiplexed gratings, spectrophotometer gratings and filters, reflectors, diffusers, depixelators and assorted other HOEs. He owned and operated a company that produced millions of high quality display holograms for commercial use over a 10-year period. He worked as a Video Engineer and Cameraman for a CBS affiliate and prior to that performed work related to weather modification at the Utah Water Research Lab while also producing commercial light shows and devices for entertainment type productions.

Ralcon Corp. is a vehicle for Mr. Rallison to consult in Optics and develop products. He owns an 8000 square foot facility in Paradise, Utah where laser and Holographic Optics development work has been going on since 1985.The facility is equipped with Argon, Yag, Dye, Nitrogen, HeNe, Ruby and various Diode lasers. Four floating stable tables of various sizes in well insulated rooms provide the basic optical beds and each has its own Argon, HeNe and YAG laser. A machine shop with a variety of glass shaping and polishing machinery compliment the holographic optical fabrication facility. Ralcon Development Lab (RDL) ceased commercial business in June of 2004 at the request the Cache County planning and zoning commission. Commercial customers of RDL have been referred to Wasatch Photonics in Logan UT, which was created in part to continue the work of RDL. Work at RDL is limited to research for NASA GSFC and other government labs.

PARADISE - Richard Dennis Rallison, 64, passed away Sept. 16, 2010, while paragliding. Born Dec. 24, 1945, at Logan Regional Hospital, he was the youngest son of Robert Leo and Lucile Rallison. A longtime resident of Cache Valley, Richard graduated from Logan High School in 1964. Richard went on to earn a bachelor's degree in electrical engineering from the University of Utah.

An avid inventor and pioneer in the field of optics, he contributed to projects such as the Hubble Space Telescope, the Subaru Telescope in Hawaii, the optical disc used in bar-code scanners, as well as many other projects involving holography. He was awarded an honorary Doctorate in Electro-Optical Engineering from Utah State University in 1995 for his accomplishments.

Richard always had an adventurous spirit and could often be found riding his motorcycle around hairpin curves, wind-surfing, or flying whatever aircraft he happened to own at the time. The sound of his various aircrafts was a noise his neighbors had grown accustomed to over the years. His love of adventure, his sense of humor and his generosity will be sorely missed.

A viewing will be held on Tuesday, Sept., 21, at the Allen Hall Mortuary, 34 E. Center St. in Logan from 6 to 8 p.m. Funeral services will be held at the Paradise 2nd ward chapel on Wednesday Sept. 22, beginning at noon, with a viewing prior from 10:30 to 11:30 a.m. at the church. Condolences and thoughts may be expressed to the family online at www.allenmortuaries.net.

A few paragraphs is hardly enough to sum up a lifetime of achievements; for more about Richard, visit www.ralcon.com or www.facebook.com/richard.rallison.